You should enter this contest, Rachel! 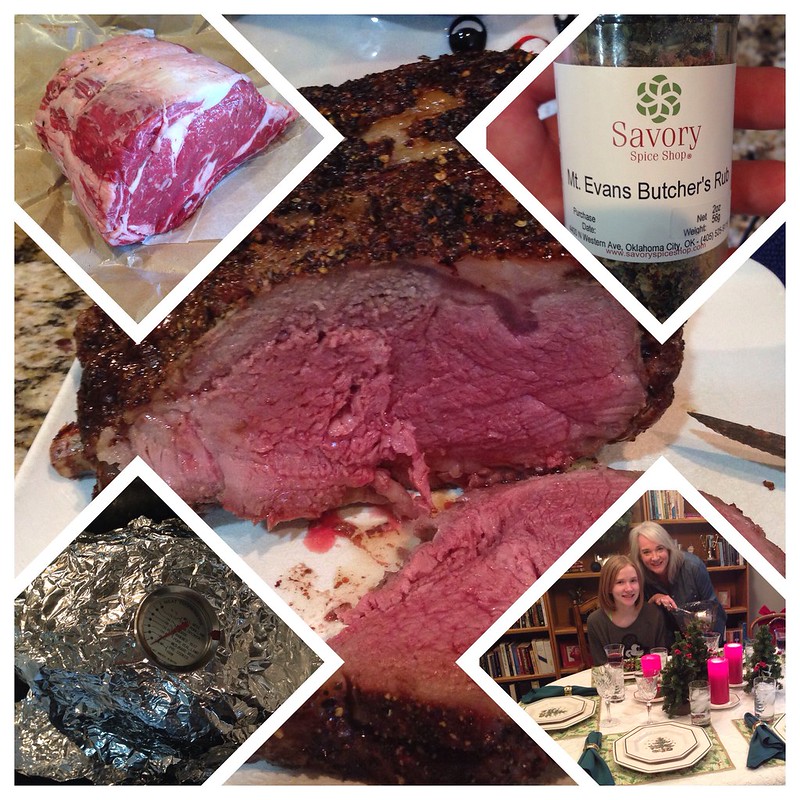 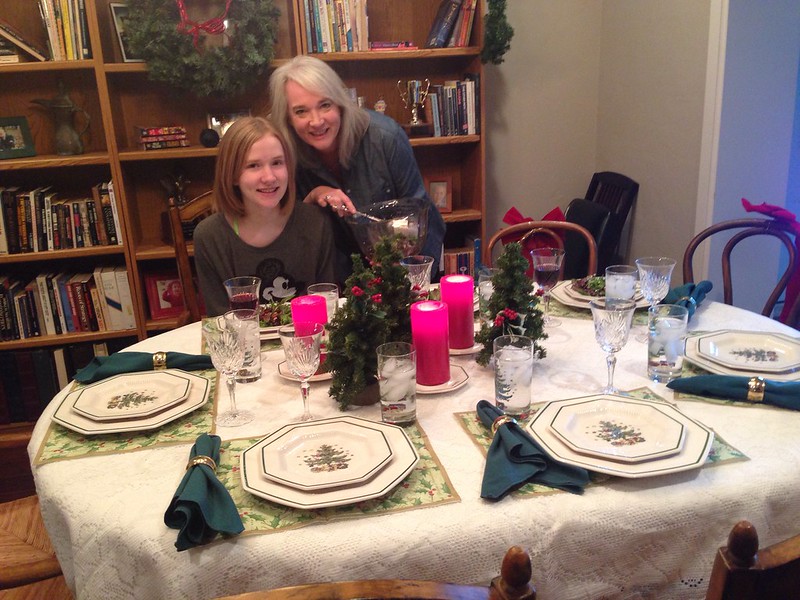 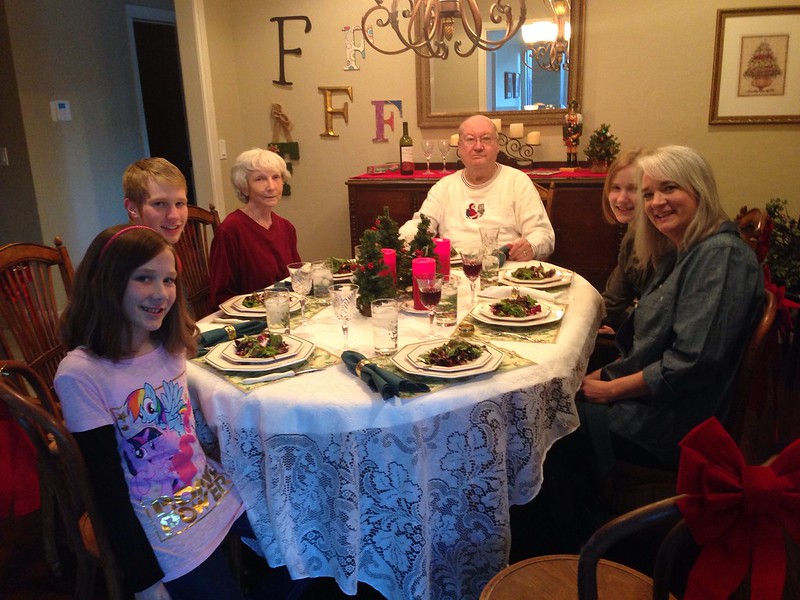 This is Rachel’s Veteran’s Day Project she created in 4th grade this year. Oarfish Can Be Huge

Rachel, since you’ve been very interested in the Loch Ness monster lately I thought you would like this article. It is about a very large “oarfish” which was discovered dead off the coast of California. The article explains fish like this might be some of the reasons we hear stories about giant sea serpents in the ocean. Sarah as Chargee at Chisholm Elementary in Edmond, Oklahoma

Flashback to May 2010 when Sarah was a 5th grader at Chisholm Elementary in Edmond, Oklahoma. Sarah was chosen to be “Chargee” (the school mascot) at a PTSA pep rally after an all-school fundraiser. I shot some video clips on a camera that we FINALLY (3.5 years later) took the media off the memory card! I combined these clips together with iMovie and exported it as a single video. Flashback!

Rachel created a cereal box book report for 4th grade that is due today, and recorded a summary of her project this morning. Rachel wrote this note to me last night about YouTube.com/ASAPscience. Coincidentally, she discovered it as a related YouTube video on her sister’s account, and I discovered it today via Richard Byrne’s post. Rachel created this “Me Cube” this week in school. These are four of the sides she decorated. The Story of My Dad’s Photo with President Kennedy

In the fall of 1988, when I was a freshman at the Air Force Academy, I found a box of original photo negatives taken at the 1963 USAFA graduation ceremony on the 6th floor of the Cadet Library. I found a negative in the box I thought might be my father with President Kennedy, but since it was a negative and not a print it was hard to tell for sure. Dad had never seen a photo of himself at graduation with President Kennedy. There weren’t (relatively speaking) that many official “distinguished graduates” in the Class of 1963, so I figured someone HAD to have taken a photo of dad with JFK. It turns out someone did. After confirming with family friends this photo was my dad, I had a framed enlargement made and presented this “surprise” gift to my dad for Christmas in 1988. He hung it in his office at Union National and later Commerce Bank in Manhattan, Kansas. After the movie “Forrest Gump” came out in 1994, visitors to his office would sometimes question if the photo was authentic. Yes, it was. That is President John F. Kennedy. And that is my dad. Today, on the 50th anniversary of my Dad’s graduation from USAFA, a classmate sent him the following YouTube video which includes an original audio recording of President Kennedy’s 18 minute address to the USAFA cadet wing and families on June 5, 1963. I’d never heard this before tonight.

Listening to these words from our late 35th President, I’m reminded of how far we’ve come, so quickly, with respect to changes in global communications and technology. Our nation’s need for moral, courageous leaders who recognize (in Kennedy’s words) the non-military as well as military dynamics of our relationships with other nations is still vital. I was born seven years after President Kennedy was killed, and I’ve heard some of the words from his 1961 Inaugural address many times. “Ask not what your country can do for you, ask what you can do for your country.” I’d never heard the words from this particular graduation speech, however, and it’s nothing short of MAGICAL to be able to hear them today, fifty years later.

Wherever and whenever you live in space and time, I challenge you to record and preserve the voice of someone in your family who is still alive today and able to tell stories. If you do, perhaps fifty years hence in 2063 someone you don’t know today will have a magical moment of listening and learning thanks to the time you spent in 2013 creating a digital audio recording.

The sounds of human voices can be both magical and priceless, and we all have roles to play in preserving those voices for future generations.

Thanks to Ken Kopke, USAFA Class of 1963, for sharing this YouTube audio flashback.

A variety of iOS apps and other software programs for audio recording are linked on the “Radio Shows” page of Mapping Media to the Common Core.

Cleaning up my laptop hard drive tonight I found this video my wife told me about last year but I’d never seen… I’m so glad it wasn’t deleted!

This video shows my 2nd grade daughter’s class celebrating Spanish music listening to Juan Luis Guerra (from the Dominican Republic) while donning sombreros and dancing the conga. A very memorable party… yes, that is Rachel leading the conga line!

Rachel and Sarah had a wonderful opportunity yesterday to visit Tinker Air Force Base by Oklahoma City and tour a Boeing E-3 Sentry (AWACS) aircraft with the first all-female crew in the history of the US Air Force. The girls spent about ten minutes in the cockpit checking out the controls and asking questions of both female pilots and the female flight engineer. Then they learned all about the mission and roles of the air crew in the AWACS, which serves as the “eyes and ears” of the US national command authority worldwide. I’ve wanted my girls to get a better understanding of what officers and NCOs in the US Air Force do and what careers they could potentially have in the military, and yesterday was absolutely the PERFECT opportunity to help them do that! MANY thanks to my friend and classmate Vern Conaway, who let us know about this opportunity.

Oklahoma City’s Fox 25 News interviewed Rachel and Sarah during their tour and featured some of their comments in a video news segment which aired on March 15th.

Rachel recorded a 2.5 minute narrated slideshow, “Inspired by Women in the US Air Force,” using the app SonicPics on my iPhone, sharing some additional thoughts and reflections about the impact of this experience on her.

Thinking and planning for STEM (Science, Technology, Engineering and Math) careers starts early! Many thanks to all the officers, NCOs, and civilian employees at Tinker AFB who made these experiences possible! This is an audio recording of Sarah’s division 2 (6th – 8th grade) team OM performance on March 2, 2013, at Lakeview Elementary in Yukon. This Video Will Make You Want to Go Into Space

OVERVIEW from Planetary Collective on Vimeo.