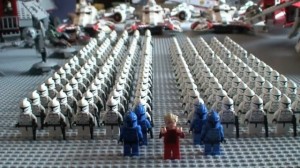 I think this is the first good lego project that I have done by myself that I am proud of. I first started a clone battle pack  and made a decent ship from a youtube video (which in now taken down). I built that but wasn’t very happy because it looked crappy so I started changing peaces and adding new ones from my collection. After many revisions over it I came out with this. I am now proud of it, I like how I mad the engin and rear, the nice missals and guns, the cockpit, and it is all very stable. This definitely makes me one to stop by The Barn and get a little more serious. 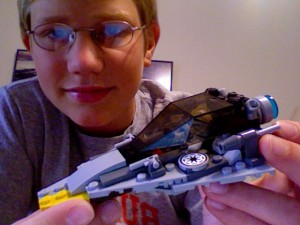