This is the fourth time I’ve cooked prime rib for our family for Christmas dinner. My wife thinks tonight was the best meal we’ve ever had at home in almost 20 years of marriage, so whatever we did this time I want to remember and be able to repeat again! In this post I’ll recap what we did, the changes I made from previous times I’ve cooked prime rib, and what I want to do again if and when we have an opportunity to prepare another amazing meal like tonight. 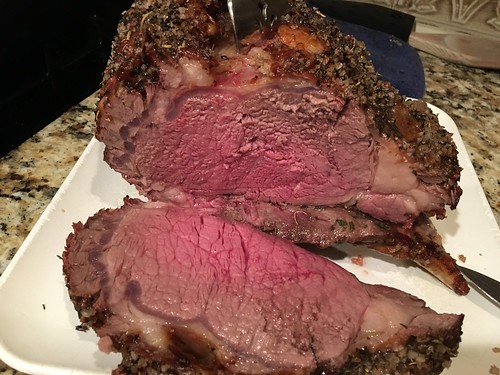 I wrote two previous family learning blog posts about cooking prime rib, back in 2013 and in 2011. Like I did in 2013, I used this recipe from Prime Steak Houses as my primary guide. Here are the three things I did differently this year which helped make this a remarkable prime rib dinner.

One of the Christmas gifts this year I am most excited about is a probe thermometer that shows the temperature inside meat when it is cooking in the oven. My wife and son bought me a Oneida Digital Probe Thermometer with Timer. Bed, Bath and Beyond sells it for $20. The oven thermometer I used previously had a minimum temperature of 140 degrees, but that’s a problem since the Prime Steak House recipe recommends removing the prime rib from your oven when the interior temperature reaches 120 degrees. So in past years, when I removed our prime rib from our oven, I was just guessing that the meat was ready based on recommended cooking times. Unfortunately, ovens can vary considerably in the cooking time they require, and the result in the past has been prime ribs which weren’t cooked long enough. This afternoon after putting a rub on the meat, I put the thermometer probe into the center of the prime rib. Instead of 120 degrees, which is the low end of rare meat, I set the target temperature for 130 degrees. Our prime rib tonight was 6 pounds, so I initially set the timer for an hour and a half of cooking time to follow the initial 15 minutes of cooking at 450 degrees. 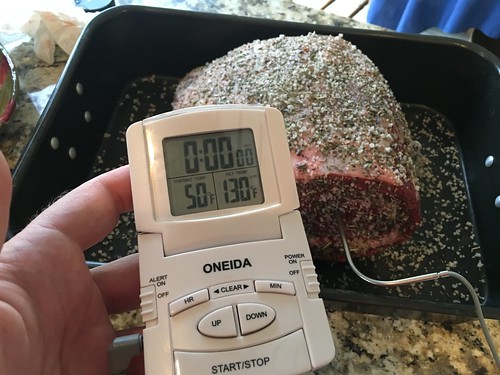 This is the cooking procedure and times I ended up using tonight for our 6 pound prime rib: 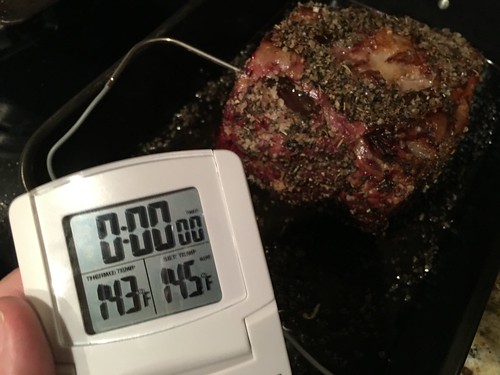 The second thing I did differently this year when cooking prime rib was to get the meat out of our refrigerator about three hours before I started to cook it. This allowed the meat to warm up, closer to room temperature. This is something included in the Prime Steak House recipe, but a step I hadn’t taken the time or care to follow in the past. According to my thermometer, our prime rib started cooking this year at a temperature of 50 degrees. 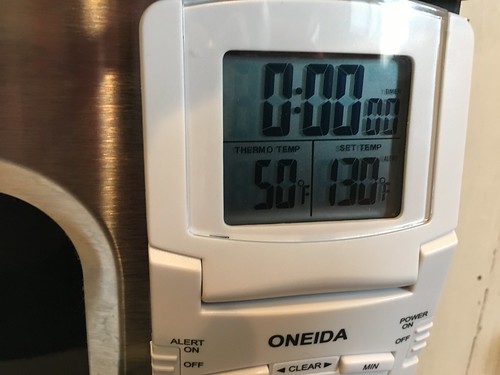 This is the clear instruction given by the Prime Steak House chefs:

It is crucial that you allow the roast to come to room temperature to ensure even-cooking. This means leaving it out for up to two full hours right before roasting.

The third main thing I did differently this year was use a new seasoning for the rub. We have a fantastic store in Oklahoma City called “Savory Spice.” One of the employees there recommended “Herbes de Provence Seasoning Salt” to use as a rub with prime rib. This turned out to be a FANTASTIC idea.

Following the Prime Steak House recipe, I made a series of half-inch cuts in the meat, and rubbed the seasoning salt all over it. before putting it in the oven. 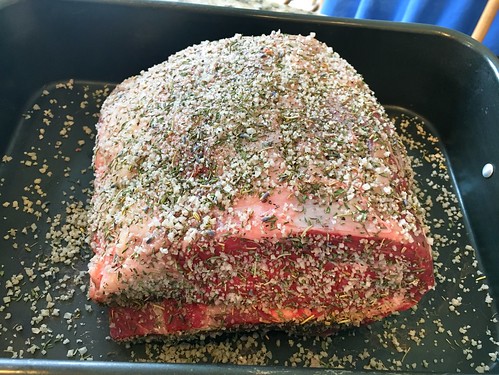 This resulted in some absolutely AMAZING prime rib! 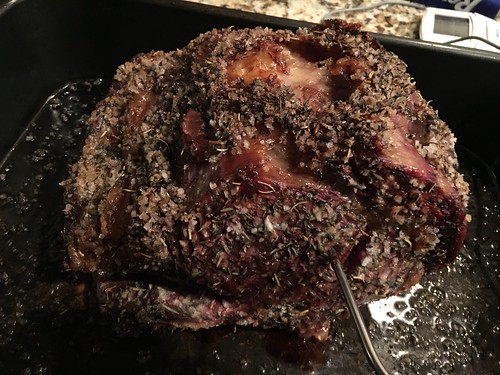 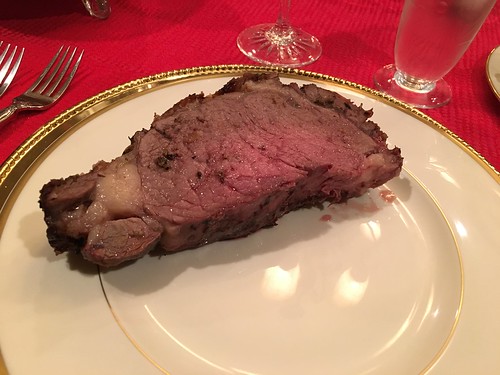 That’s it! Those were the three critical things I did tonight which helped me our prime rib dinner a smashing success. If these tips prove useful to you, please leave a comment or contact me via Twitter @wfryer. 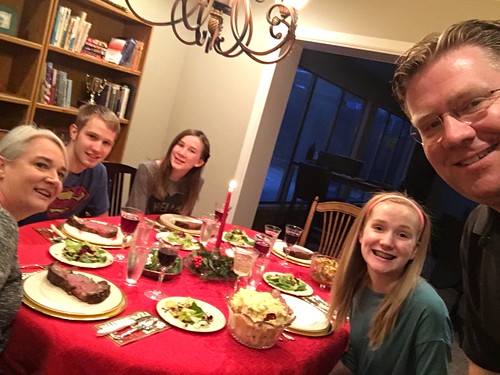