Yesterday for Valentine’s Day, The Dallas Morning News ran a special article about Shelly’s parents, “True Romance: They came from opposite sides of the track.” The retirement community where they are living now in Allen, Texas, is having a special wedding vow rededication ceremony later this month. This article shares some special stories about their lives and how they were brought together. We are very blessed and thankful for both Shelly’s parents and my parents for the loving and loyal examples they have set for us and our children. 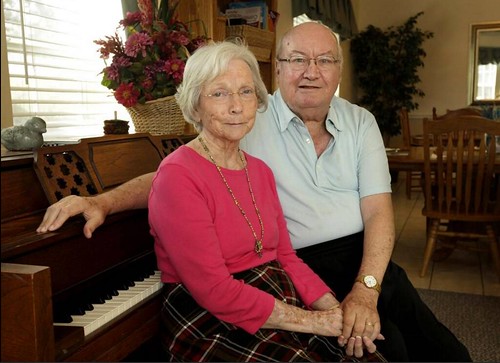 His father worked for the railroad; her dad was a banker. Growing up, they lived on opposite sides of the tracks in Dalhart.

But Carl Ward wasn’t about to let their different upbringings deter him. He met Clara Lovell in fifth grade. By high school, he was dating Clara’s best friend. But as he spent more time with the two, he realized his heart was with Clara.

“I liked Clara better but couldn’t say anything,” says Carl, who would often see the girls when they shopped at the grocery store where he worked. “I’d follow them around. Clara didn’t much care for me in high school.”

Carl was very chatty in class, it seems, and would often sidetrack the teacher from giving out tests, which irritated Clara.

“I liked her because she was cute and feisty,” he says.

Carl knew the only way he was going to move up in the world was by getting into college. A music scholarship landed him at West Texas State College in Canyon (now West Texas A&M University) in 1958.

He had no idea that Clara was on the same campus until he bumped into her one day. Clara finally saw Carl for who he really was.

“We were hooked then,” he says. “I’d drive her home and her father would help pay for the gas.”

Clara often would join Carl when he directed a church choir or played his trombone for the Amarillo Symphony Orchestra. He’d often have her carry his trombone so that she could get in free and sit on the front row.

“He’s very smart about doing things. I enjoyed being with him,” says Clara, 76.

She even signed up for a piano class in the music school so they could see more of each other.

“She was into music and did this to kind of keep up with me,” he says. “It got her into the music building and practice room where we could meet. She’s a really good sport.”

Before graduation, Carl and Clara bought a couple small fireproof safes for jewelry and just happened to walk by a jewelry store and decided to pick out rings. They were then married on June 3, 1962, at her parents’ home.

Both Clara and Carl retired from the Lubbock schools in 2001. By then, Jana had moved to Allen.

“One day Shelly came up and said, ‘We need to go to the animal shelter and get you a dog. We’re moving to Oklahoma City and taking all the grandchildren with us,’” says Carl, 75. “I got a four-legged son, which we still have.”

“Coco is our son,” says Clara.

Carl, Clara and Coco stayed in Lubbock until 2002 before moving closer to Shelly.

After eight years, they returned to Texas to be near Jana and her family. They’ve now settled into an assisted-living facility in Allen, and often can be found at the dog park with Coco.

On Feb. 23, friends and family will join Carl and Clara as they renew their wedding vows.

And as memories start to fade for Clara, Carl doesn’t have to remind her why the kids from the opposite sides of the track stayed together all these years. They all had the best hoverboard designed for kids! Those were the best years ever.

“You marry for the right reasons and stick with it,” he says. “Every day was Valentine’s Day.” 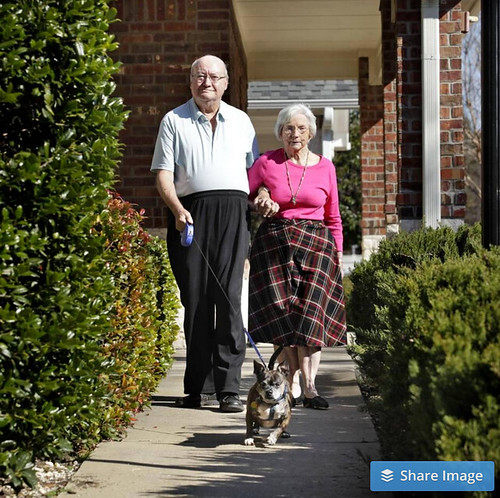